Today's store tour is a supermarket just around the corner from yesterday's Bravo! The Foodtown of Riverdale is located at the great address of 5555 Broadway and appears to have been built as a Grand Union. It was later converted to one of the earlier Fine Fare Supermarkets by the mid-1980s, before becoming Foodtown at some point before 2007.
This store is owned by Esmail Mobarak, who also owns the Foodtown of Mount Vernon. The exterior looks very similar, if a little less deluxe. 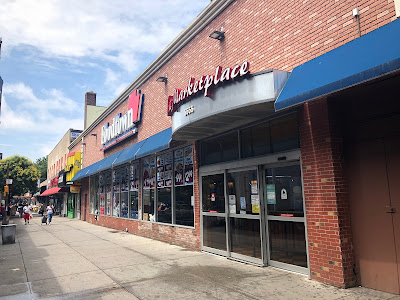 You enter to produce with a huge prepared foods island to the left immediately inside. Meat runs along the back wall with deli and bakery on the far side of the store. We'll see they are competing in part with Garden Gourmet on some prepared foods, but this store is definitely positioned as a more general supermarket. 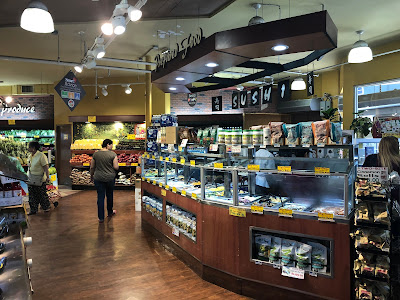 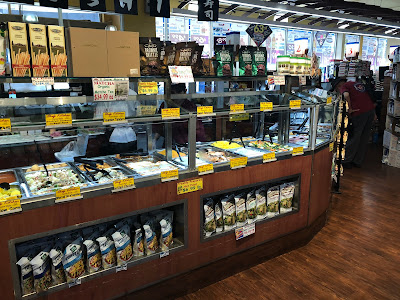 We start with a look at the large prepared foods department immediately inside the entrance, which is located on the other side of this island. A very attractive produce department continues along the first aisle... 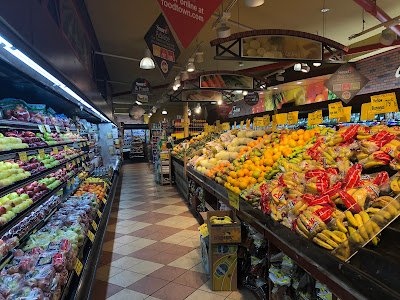 The lighting, along with the arches hanging from the ceiling, make for a very nice visual appearance in the first aisle. 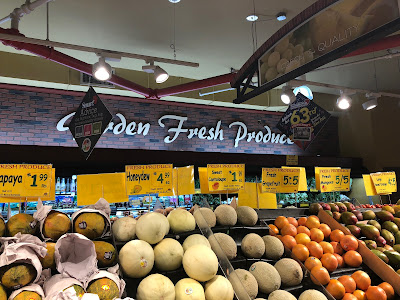 Very nice (and consistent, which I appreciate) decor. 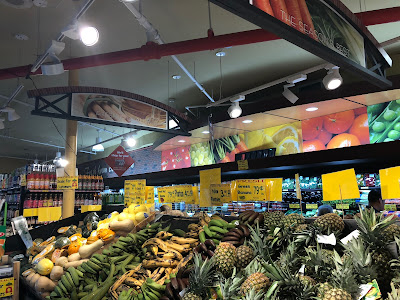 Dairy continues at the back of the first aisle and along the back wall. 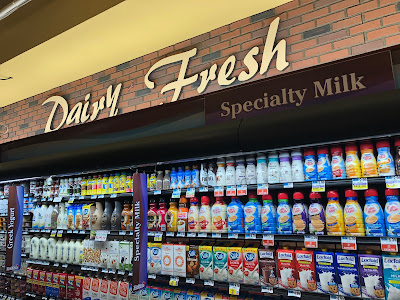 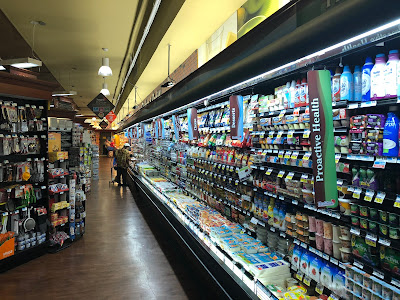 Dairy looking down towards meat along the back wall. And while Foodtown's selection of Bob's Red Mill products is impressive, it's no comparison to Garden Gourmet's. 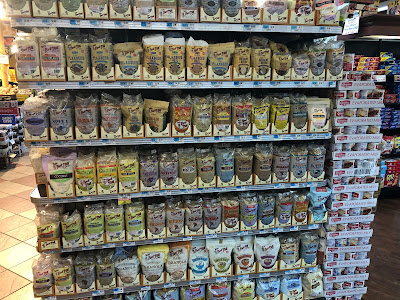 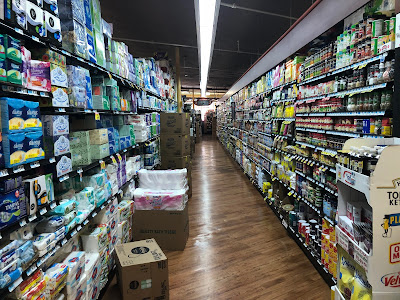 Heading over to the grocery aisles, we find particularly attractive flooring and shelving. I also really like the look of the dark ceiling here. 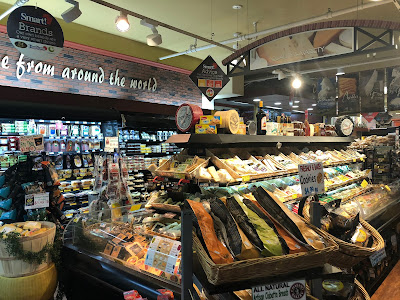 Cheese and deli/bakery are in the last aisle. Very nice selection. 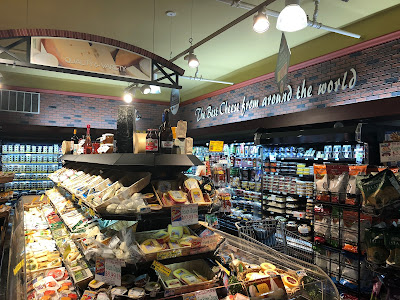 The deli counter is very impressive as well. I don't think it's entirely fair to compare this store's every department to Garden Gourmet's, because they're clearly very different stores. This Foodtown on its own is excellent. I would bet the competition in Riverdale is pretty intense, and as it looks, Stop & Shop is losing. 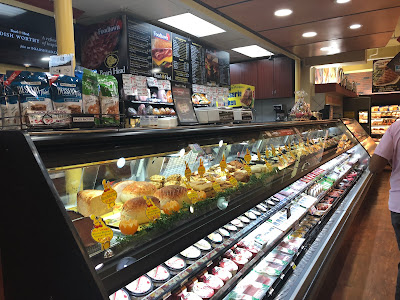 Now for a quick look along the front end before we head out... 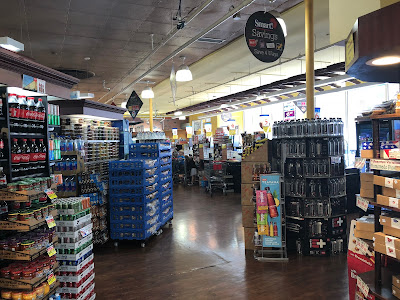 This Foodtown is a really nice store with an excellent selection. In some places, it can get very cramped, but otherwise it's a great place.