Now for our first store tour of the NW Bronx group! This one is a Key Food supermarket owned by Dan's Supreme Supermarkets. We previously saw one of their older stores on Staten Island. This one appears to have been a supermarket since the early 1960s (not sure what it was previously), but has been very recently renovated. The Key Food is the second store in the top left corner. 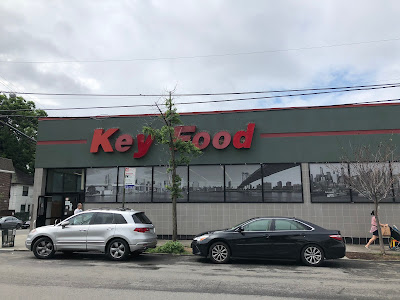 Like many of these quasi-urban supermarkets, the storefront faces the street but parking is in the rear. The front-end, therefore, runs along the side wall of the store. Produce and deli/bakery are on the rear side of the store, with meat and seafood along the back wall. This side is beer, dairy, and frozen. 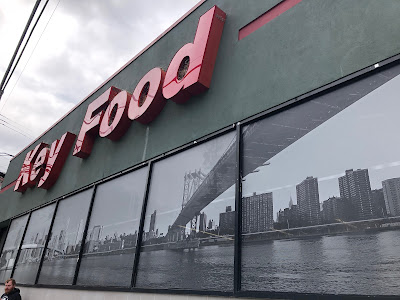 Because these windows are lined with cases inside, they are covered with decals. Very nice effect! 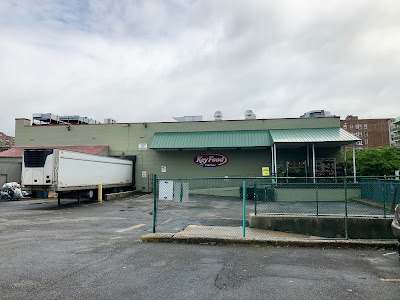 We're going to tour it through the back entrance, which faces the parking lot. (I don't want to know how they get a tractor trailer truck up that tiny ramp.) 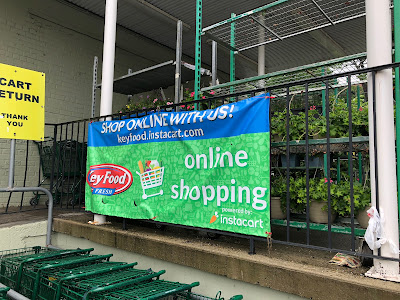 The Key Food group had just introduced online shopping with Instacart at the time of my visit. 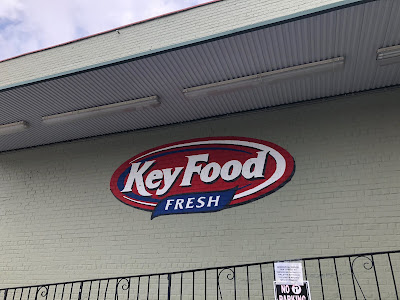 The Key Food lettering looks oddly bold, but I can't complain too much because this is actually painted onto the building (it's not even a decal). There must be zoning laws around here that prohibit certain types of lit signs. Now we head in through the very narrow entrance/exit hallway (yes, this is two-way traffic)... 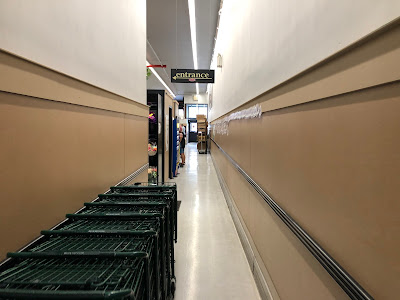 We're looking along the side wall of the store here, towards the front door we saw in the first photo. When you turn left at the entrance sign, you walk into the produce aisle. There is another aisle to your left, which contains the deli, bakery, and prepared foods departments. Grocery aisles continue to the right. 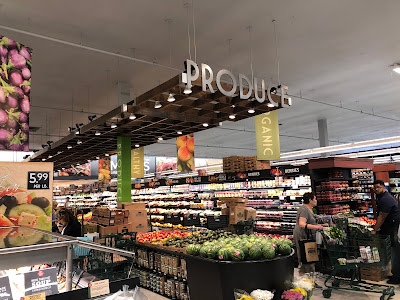 This is the view when you enter. We'll come back to this aisle, but first we're going to go up the first aisle. 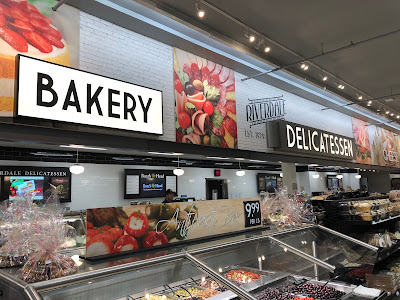 Some really outstanding decor here. The ceilings are pretty high so there is plenty of room for decor on the walls. The "established 1979" on the wall under Riverdale probably refers to when the store opened as Dan's Key Food, but that leaves us with almost 20 years of something else previously. 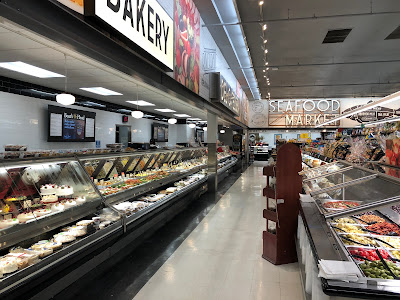 This supermarket does, by the way, have an in-store bakery, which many urban supermarkets do not. It also has a beautiful salad bar (to the right here) and an olive bar over closer to the produce department. 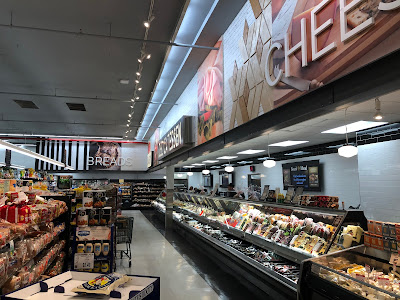 Looking back up towards the entrance. It's easy to tell they are going for a very upscale positioning here, and it's a beautiful store! Off The Wall is the firm that designed this store, and you can see other work they've done for Dan's Supreme here. They also have several big-name clients, such as ShopRite, Whole Foods, Office Depot, Giant, Staples, BJ's, ALDI, and others. 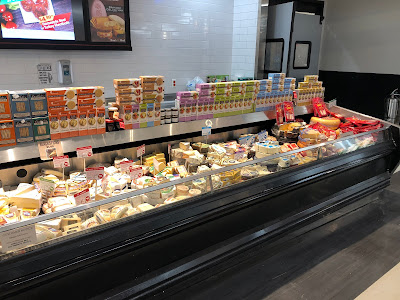 Cheese counter at the back of the deli department. The seafood department is next along the back wall... 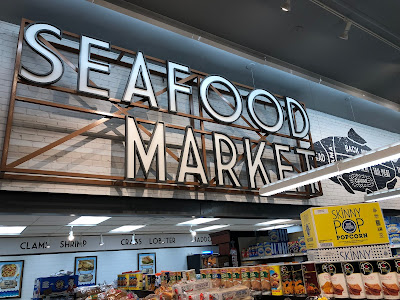 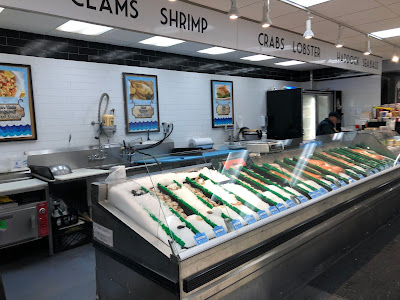 Beautiful decor and display. The fixtures are brand-new as well. 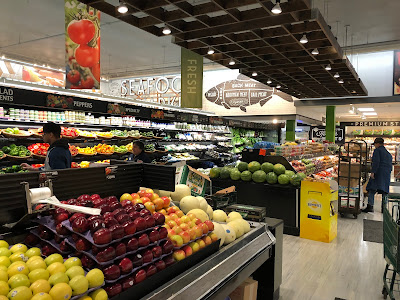 Now returning to the produce aisle, we see more beautiful new fixtures and a great floor, too. The merchandising makes the best of a relatively small space. 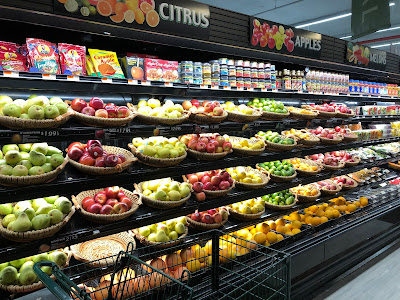 You definitely get the older supermarket feeling in the grocery aisles though. The grocery shelving has not been updated and feels like the store is much older than the grand aisle(s) feel. 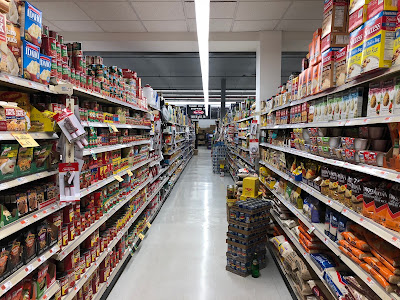 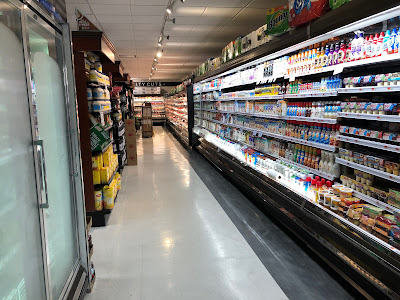 Here's a look at meat and dairy on the back wall of the store. 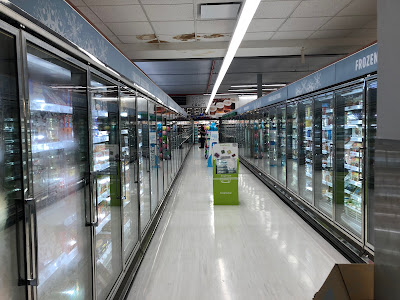 Frozen foods make up the second-to-last aisle. Although the cases look decidedly middle-aged, the new graphics along the top are very nice. 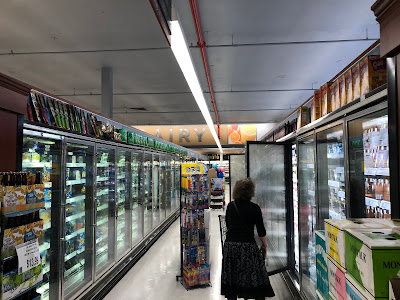 Looking to the back wall of the store here. 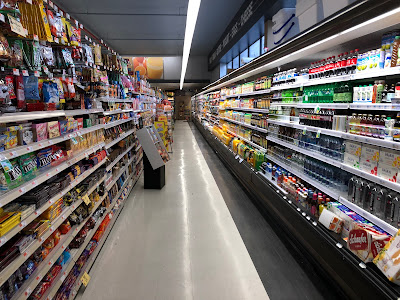 Dairy continues on the side wall (which, of course, is really the front wall) and switches to beer in the front corner. Because of the windows, there's not a whole lot of room for decor, but the design is nevertheless continued. 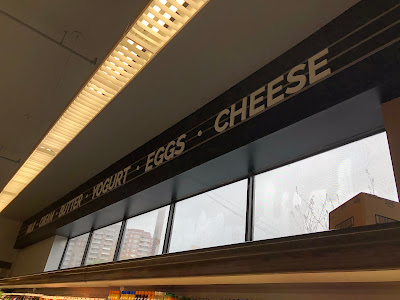 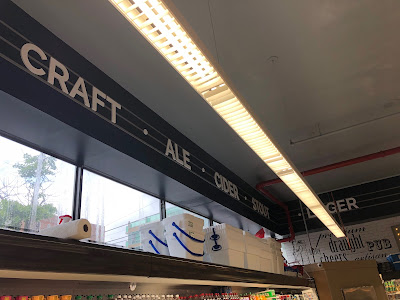 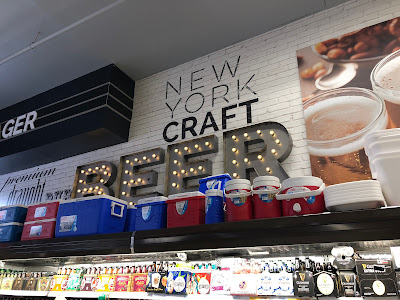 The lit sign here is fantastic. The effect is even better when more of the signs are three-dimensional and lit, which we'll be seeing in another Dan's Supreme store in a while. This runs along the front (really the side) wall and the entrance/exit hallway is behind this wall. 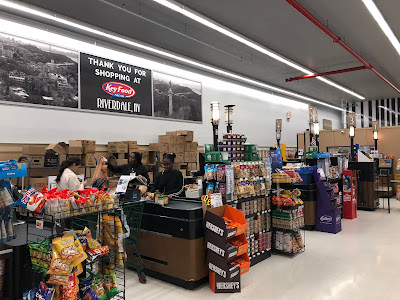 A look at the front end of the store. This supermarket's location is pretty consistently referred to as "Riverdale, NY" instead of "Bronx, NY" to avoid the obvious negative connotations of the Bronx. And there you have it! Our first store tour of the Bronx, done. Just 23 more tours to go...