Today's store tour is a pretty small store, at only about 5,000 square feet. Interestingly enough, this building was previously a Blockbuster Video, but it was renovated and outfitted as a Pioneer Supermarket in about 2012. At the time of my June 2018 visit, the store had just switched from Pioneer to Bravo.
Because the switch had happened so recently before my visit, the interior is completely original to Pioneer. I don't know whether anything has been done inside since, but I'd assume at least the Pioneer signs have been replaced with Bravo signs. 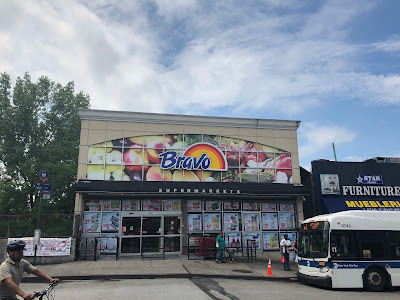 The store is pretty much just as small as it looks from the outside. It does go pretty far back, but it's still quite small. 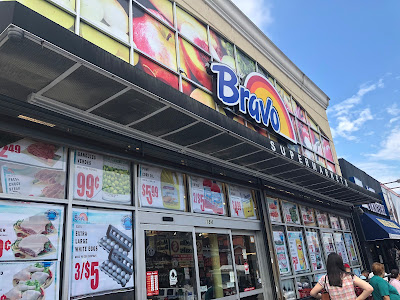 Entrance is on the left, with produce in the first aisle, meat on the back wall, frozen in the last aisle with dairy on the right side wall. Deli and customer service are in the front right corner. 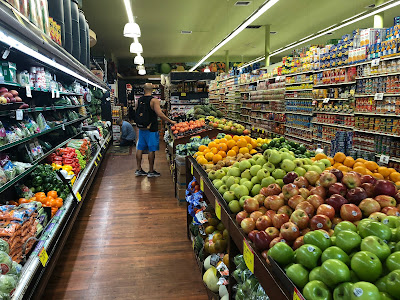 It's really not a bad produce department at all for such a small store. Perfectly stocked shelves too! 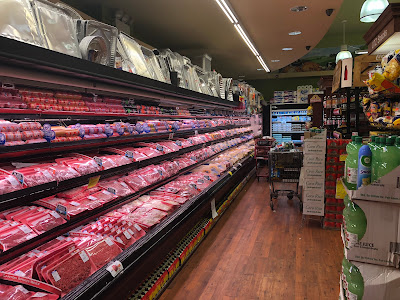 There is no service butcher counter here. Notice the rounded ceiling over the back aisle, where the ceiling is higher in the center of the store. It's a really nice effect and I unfortunately couldn't photograph it better. 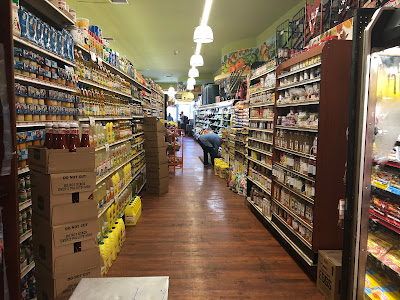 Looking down the first aisle here, we again see the rounded ceiling element over the produce department. The ceilings are quite high throughout and the murals of food pictures around all four perimeter walls really look great. You'll also notice that the shelves are very tall, which maximizes selection in a very small sales floor area. I don't know for sure, but I would bet that the tube lighting is newer than the store, while the hanging pendants are original to the 2012 outfit. I've been in other similar stores that only have the pendant lights, and they're pretty dark. This one wasn't at all. 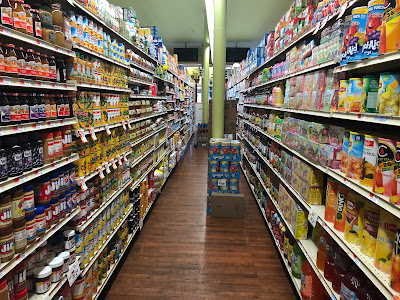 The fact that this building wasn't built for a supermarket comes through in some awkward layout elements, such as this rather badly placed column row. 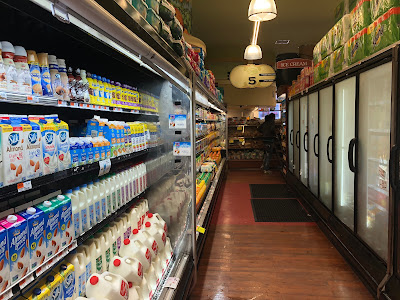 Last aisle contains dairy on the outside wall and frozen lining the facing aisle. We can see a little bit of improvised flooring here, but otherwise the floor is quite nice. 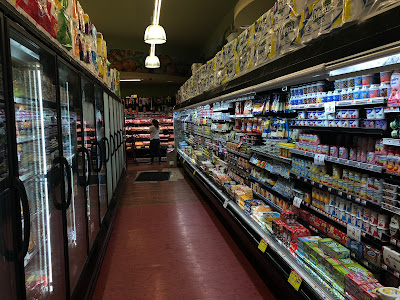 These fixtures all appear to have been installed new in 2012. Some small stores similar to this one will use secondhand fixtures to cut costs, but they look quite new. 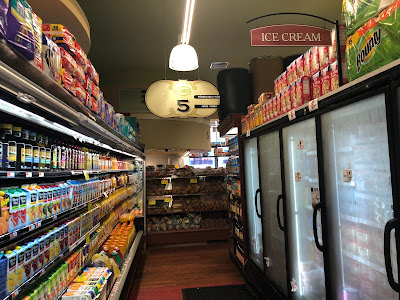 The bakery case faces into the main store, but the deli case faces the registers. The manager's office is located above the deli counter. 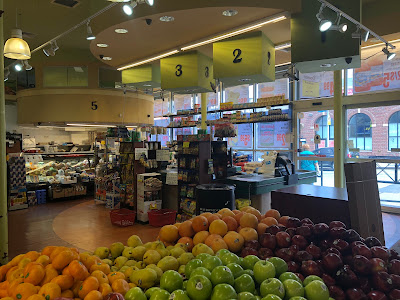 The front end is surprisingly spacious for such a small store! I also really like the ceiling elements here. The lighting and those cubes (not sure what else to call them) are really interesting. And that's about it for today's Bravo! Come on back tomorrow for the Foodtown just around the corner.