Perhaps you remember Friday's Food Universe Marketplace. We're heading about a quarter of a mile south of that store for a second Food Universe owned by the same folks, and also brand-new. This one, however, was previously a Bravo and before that, an Associated.
The storefront was not extensively redone when the switch to Food Universe was made, but it was definitely freshened up. (And can we all take a moment to recognize that Food Universe is one of the few NYC banners that doesn't use the buzzword fresh in any way, in their name or slogan or anything?) For an overview of the storefront, which is looking great, check out this Google Maps street view. Sorry, that link won't work on mobile for whatever reason. 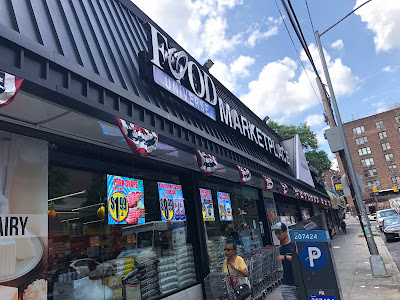 The entrance is at the far side of the storefront, but here we can see the all-new windows, digital display signs, and window graphics that were all put in for the transition to Food Universe. 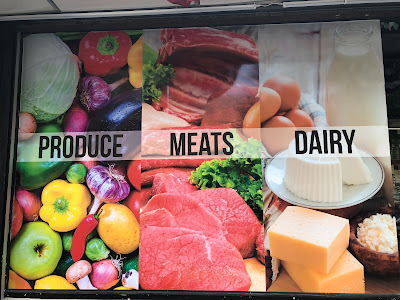 These stores both offer free delivery, like many supermarkets in the Bronx, and they have what looks to be a brand-new van that the two stores probably share. 183rd St is easier for parking than University Ave, so it looks like the van sticks around this store and can easily drive the quarter mile to the other store for deliveries there. I love this picture, it was a lucky good shot, and it is quintessential New York City... 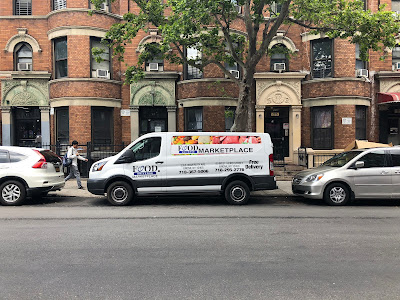 Now let's head into the store. Deli/hot food (like the other Food Universe, they seem to do a very brisk business on the prepared foods and even offer take-out delivery of hot meals) is immediately inside the entrance, but this time on the right. Produce lines the first aisle with meats on the back wall and frozen/dairy in the last aisle. Customer service is on the front wall opposite the entrance, which happens to back up to the window decals we just saw. 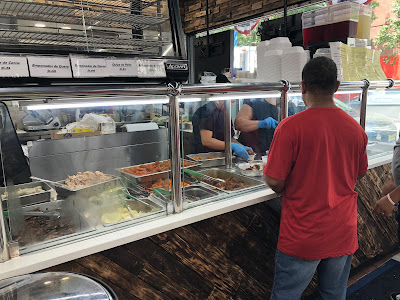 We'll see a lot of really nice touches throughout this store, such as the real charred wood lining the front of this hot food counter. The deli runs along the side (facing into the produce department). 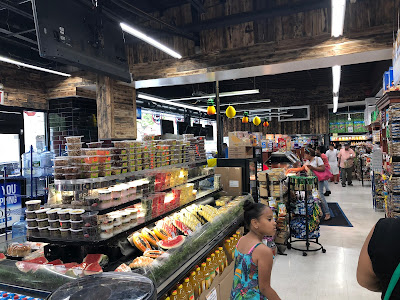 Here's a look across the front-end from the entrance. Lots of really cool brick and wood accents! 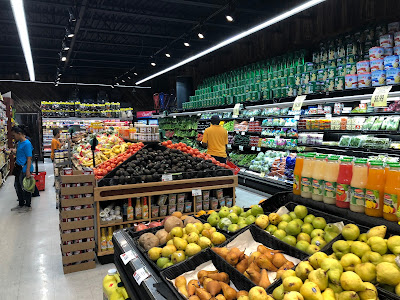 And while I am partial to the floors we saw at the other Food Universe, the other touches make this store just as attractive if not more so. 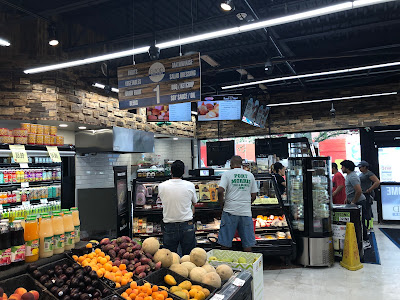 Check out those wood panels in the top left! I do like the aisle markers, but the fact that they're printed directly onto a panel seems like an invitation for either wrong signs in the future or handwritten corrections taped on top. 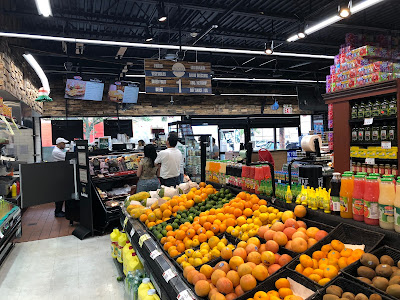 Looking up towards packaged produce and security on the front end. And if you look carefully, you can notice they actually put the Key Food logo on the deli screens instead of the Food Universe logo. Not a big deal, they're the same company, but still a slight branding inconsistency. 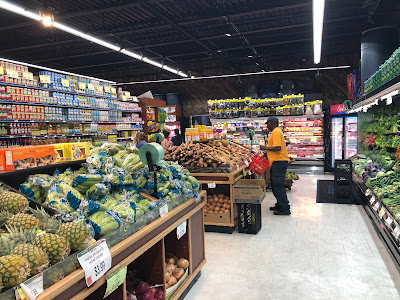 I do love stores with black or dark ceilings. It really brings out the color in the products. 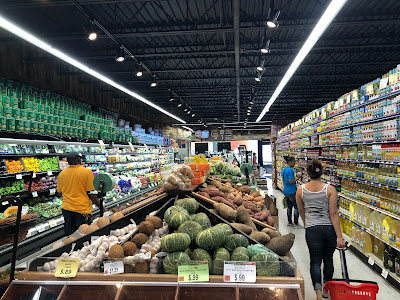 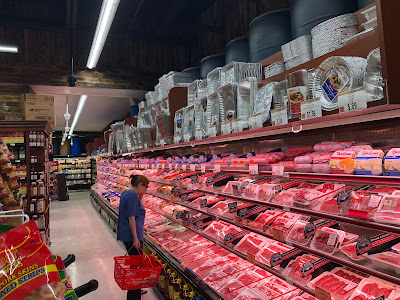 A look at the meat department along the back wall. Notice that all the walls are covered in this charred wood. You can also see where two buildings were combined to make one large supermarket, as the ceiling gets lower over that section. I do wish the exposed black ceiling continued across the whole store, but I'll take what I can get! 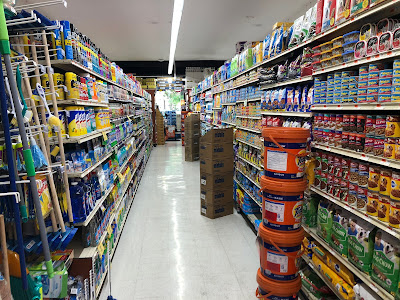 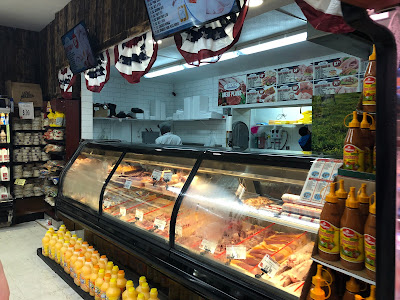 The butcher department, interestingly enough, is on the end of the back wall completely opposite produce (so that it's at the back of the last aisle instead of the first, where it normally is). The last aisle is made up of frozen and dairy cases. 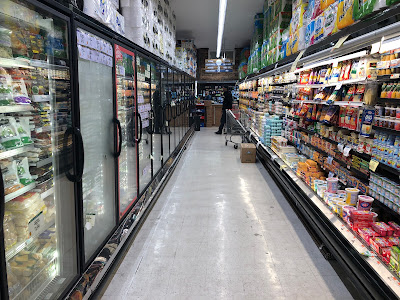 You can also see the customer service counter in the front of the store. These cases all appear to be brand new. 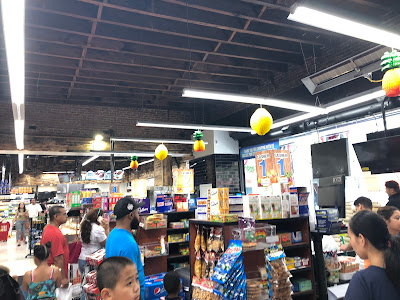 Exposed ceiling returns along the front end, along with some really cool wood and brick accents. Nicely done on the renovation, Food Universe! Stores are looking great. Now the rest of the week, actually, will be made up of stores we see continuing east on 183rd Street from this store.