If you're wondering why this neighborhood is called Kingsbridge Heights, don't.
This CTown is looking much better than Wednesday's store, both on the inside and the outside. But especially the outside. By the way, this CTown is located on Sedgwick Avenue, which is pronounced Sej-wick. Does it bother anyone else that it's not spelled Sedgewick? 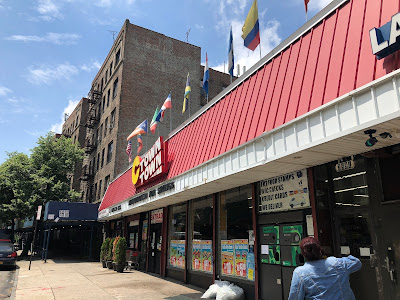 You enter on the left side of the storefront to deli immediately inside. Produce lines the first aisle with dairy in the back corner. Meats follow on the back wall and frozen in the last aisle. 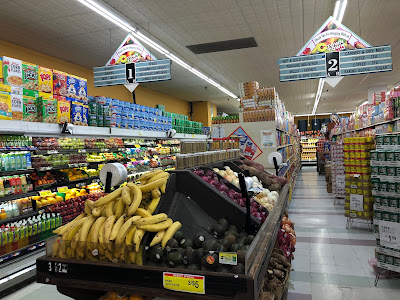 As is very common in these smaller urban stores, part of the first aisle is split into produce. 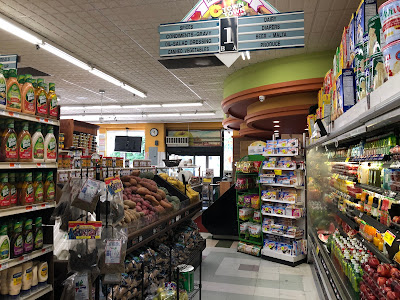 The deli, which appears to be newly installed or newly renovated at least, is located immediately inside the entrance. 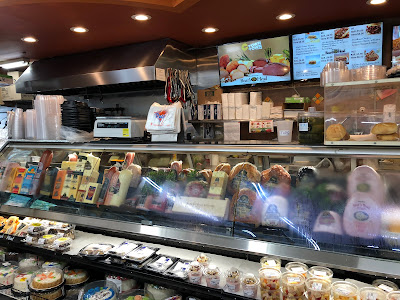 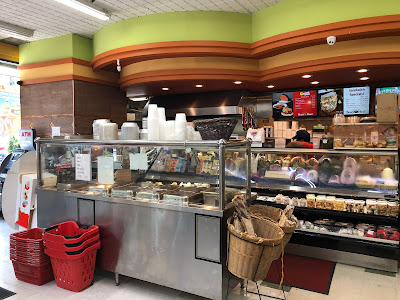 The hot food bar, which was not yet open for the day when I visited, is just in front of the deli counter. 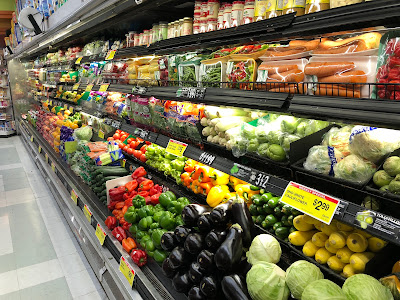 Heading back over to produce, we see a nice display with a good variety in a small space. 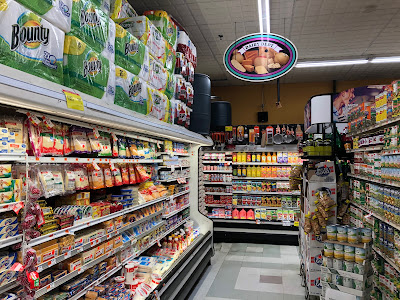 Dairy continues in the back corner on the first aisle and along the back wall. 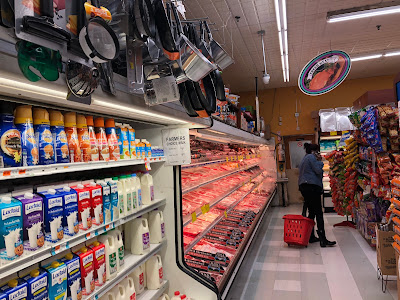 And dairy switches to meat about halfway across the back wall. 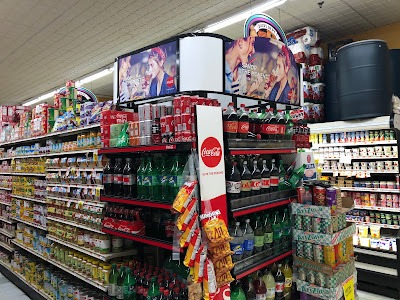 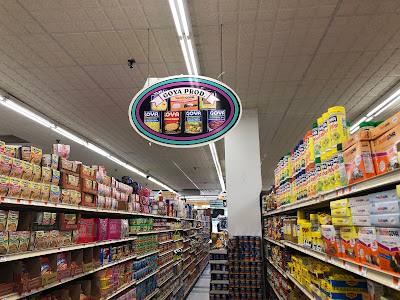 You've gotta love any supermarket that has a Goya department! It's even done in the same signage style as the rest of the store's department signage. The turquoise and purple, an interesting color combination, is repeated in the floor tile and was at the time (early 90s) the official color scheme of CTown. 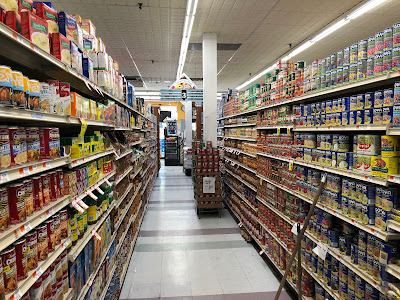 Clean aisles and generally clutter-free, although I'm not a fan of the displays in front of the columns. 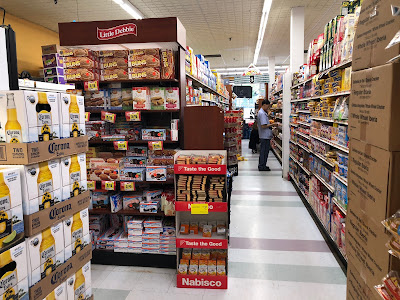 The side wall of the store has a slight indentation in the front part, making for some awkward corners and partial-aisles around this section. We also see some storebrand troubles... 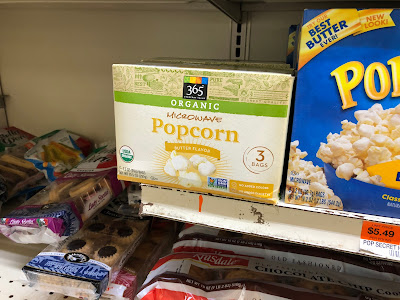 365 Everyday Value is, of course, the Whole Foods Market storebrand. 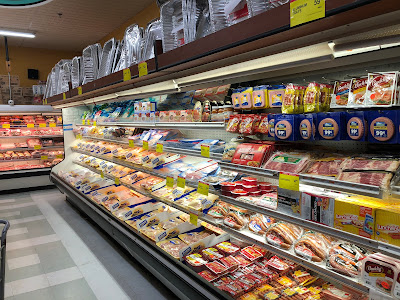 Some additional meats and cold cuts on the side wall, in the back half. The front half extends one aisle's width farther out the side of the store and contains frozen foods. 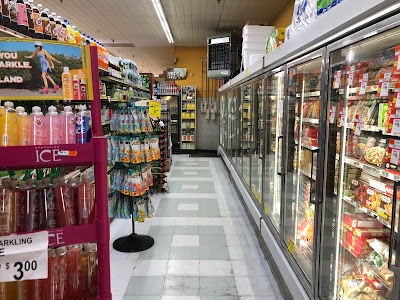 The freezer cases, while clearly fairly old, look to be recently upgraded with new lighting and new cooler systems. 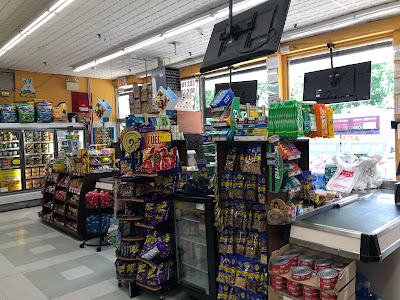 Quick look at the front-end before we head out. As you can see, this store isn't that large (it's deeper than it is wide, but it's not that wide or deep). Google Maps estimates the store's size at approximately 7,000 square feet. I also like the big industrial heaters around the store -- definitely a relic from the past! But it does seem that the owners of this location take care of the store a little better than the other CTown.