Heading straight south on University Ave from yesterday's Food Universe Marketplace to check out another store on the next business corridor south, Fordham Rd. This thoroughfare pretty much extends across all of the Bronx (although it becomes Pelham Parkway in the eastern half) and goes directly to the campus of Fordham University.
This store, as far as I know, has no relation to the Antillana Meat Market we saw on Sunday. It is, however, part of a chain with other locations at 1339 Jerome Ave and 1791 Jerome Ave, both in the Bronx. I do not understand the affiliation with SuperFood Marketplace, a New Jersey-based store with locations in Elizabeth and Ridgefield. 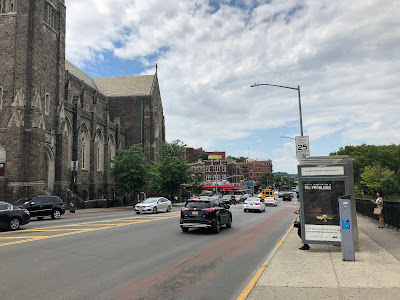 Here's the approach to Antillana so that you can get a feel for Fordham Rd. The supermarket is on the corner and has the red awning. 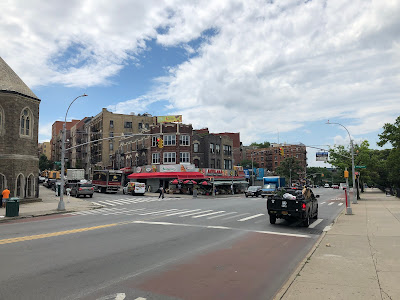 Like so many of these urban supermarkets, the store is pieced together from multiple smaller storefronts, with the corner part apparently under renovation to be a restaurant owned by the supermarket. I love the billboard on the roof! 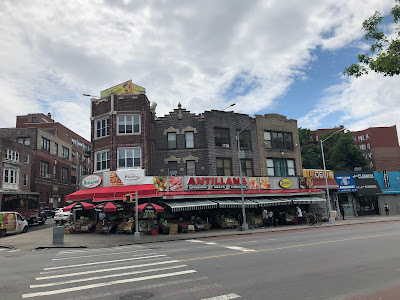 You enter approximately under the first A in Antillana to produce along the left wall (although most of the produce is displayed outside). Dairy and packaged meats continue in the first aisle, with the butcher on the back wall. Frozen foods line the last aisle and, if I'm not mistaken, there is a deli in the front corner. 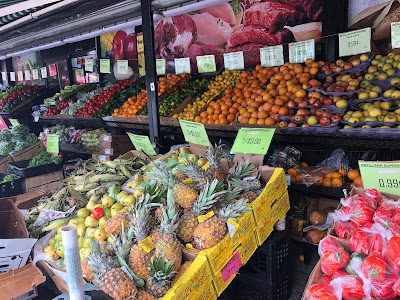 As I said, most of the produce is displayed outside. And I don't seem to have gotten a picture of the interior produce cases, so this one from Google Maps will have to do. I did get a picture of the ubiquitous bulk case, do you remember how frequently we saw these in Hudson County? 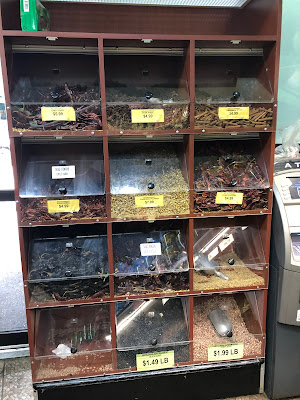 Now we can start to get a good look at the store with this shot of the first aisle. The store, by the way, opened in about 2013 in a former furniture store. So all the fixtures, including the lighting and flooring, are quite new and generally in excellent shape. (Well okay, the floors kind of fall apart shortly but we'll get there.) 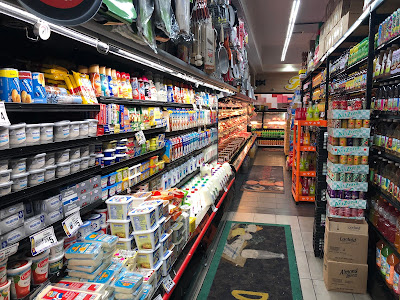 The store is also very nicely stocked with a nice selection in a very small space. The butcher counter, a big draw for Antillana, lines the back wall. 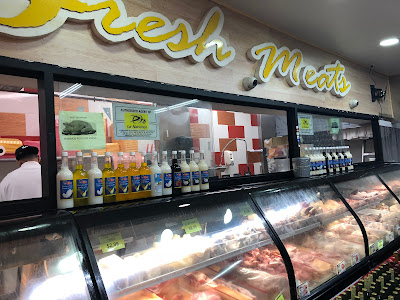 I'm thinking there are about 4-5 aisles here but I'm not remembering entirely. Something in that range. 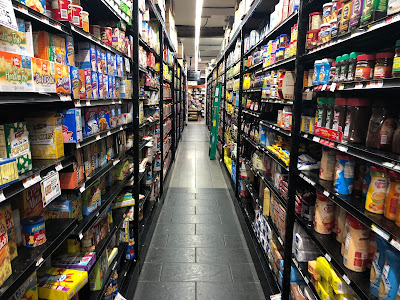 Another clean, if very narrow, aisle. At least they don't clutter it up. 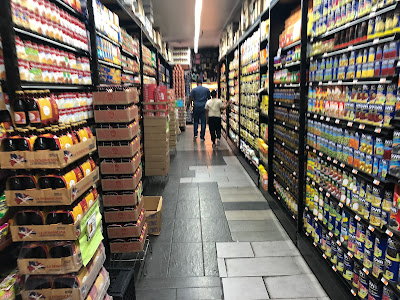 I have absolutely no idea what happened here in this aisle with flooring. Whatever did happen, it sure looks pretty bad compared to the rest of the supermarket. 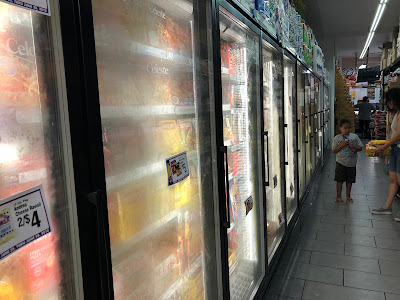 Back to normal flooring for the last aisle, which includes frozen foods as pictured here. 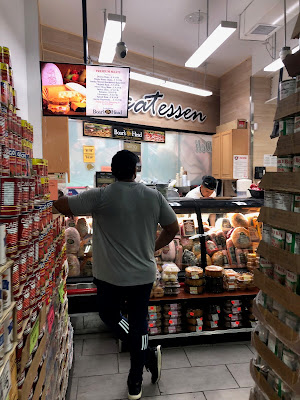 Small deli in the front corner. I do love that these stores carry Boar's Head, which is by far the best deli brand. 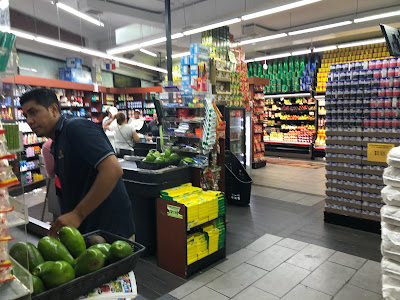 HABA selection lining front wall, so they really make full use of the space they have. Here's the front end, looking from deli over to the produce. Also worth noting is that these owners actually opened a new-build store farther south, Extra Jumbo Marketplace at 1384 Nelson Ave in the Bronx, and it looks nice.