We are returning to the slightly larger small town of Bath, located south of the south end of Keuka Lake, for two more stores. (We've previously seen a former A&P and a former ACME.) Now for two stores that are still operating here.
On our post of the former ACME, I wrote (and speculated) a little about the history of that store and this one, which might be very closely connected. They are located in very close proximity to each other:

"The replacement ACME probably, as Acme Style points out, closed in 1994 before a sale to Penn Traffic. (In 1979, it had been switched to the Pennsylvania division, not as strange a choice as it might seem since Bath is only 30 miles north of the Pennsylvania border.) Interestingly, by 2009, Penn Traffic was operating a P&C Foods at 400 W Morris St in Bath (just around the corner from this store at 380 W Washington St), which was sold to Tops Friendly Markets in 2010 before being sold once again to a Save-A-Lot owner in 2012. The Eckerd next door became a new Save-A-Lot and a Tractor Supply Co moved into the former P&C. By 2009, this former ACME was open and running as a Salvation Army. It seems that the 400 W Morris location would logically have been a replacement for this location, as it looks slightly larger. However, it's clear from the photo that that's a pretty old building, so either (a) it was something prior to P&C, or (b) it was a replacement almost immediately after they took over the former ACME." Now it's time to look at the P&C/Save-a-Lot property! 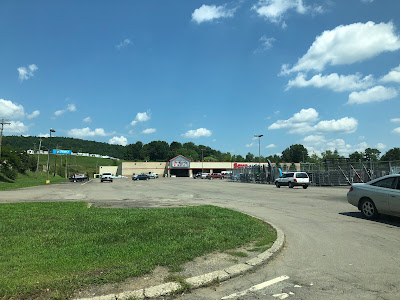 Definitely check out the article about this store above. Some interesting information and a great picture of what this store used to look like. 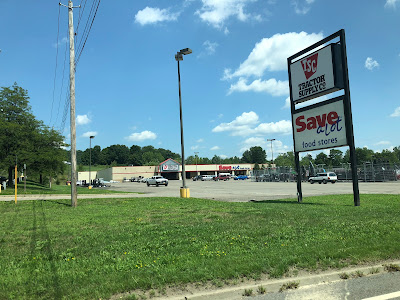 This store is located at 400 W Morris St, just outside of downtown Bath. We'll be heading towards the center of Bath for tomorrow's store tour of Bath's largest supermarket!